It’s mid-February 2021 and Probus Construction, based in Bourne, Lincolnshire is approaching financial year-end. The directors have made public the company’s continuing achievements in substantially increasing both its annual turnover and its profit levels since its formation in 2017 – and as set out in the company’s five-year plan.

In the Autumn of 2019 Steve Ellis, Probus’ Managing Director invited Geoff to come on board part-time in a Business Development role.

Steve and Geoff agreed GMS would:-

Very soon after starting with Probus it was further agreed that Geoff would commence the process of producing consistent looking company literature. This initial tranche of literature consisted of:-

Examples of Projects Awarded to Probus During This Time 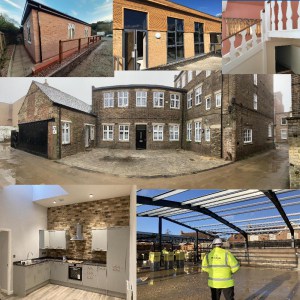 Additionally we have been told we are in pole position on major projects in both the Retail and Industrial sectors.

Since 2015 Geoff and Steve Ellis had met up regularly at the Peterborough Construction Networking lunches when Steve was Commercial Director of Lindum Group.

Late in 2018, once Steve had got Probus up and running in earnest he asked Geoff if he’d like to come up with a plan as to how GMS might help Probus grow in line with the company’s stated ambitions. GMS’ business development responsibilities at that time were to S.A.C. Construction in Corby but at the start of 2019 S.A.C. were busy enough to not need the services of a freelance BDM so later that year Geoff joined Steve and his small team at Probus.

GMS would be delighted to hear from you.

Want to join the discussion?
Feel free to contribute!

This site uses cookies. By continuing to browse the site, you are agreeing to our use of cookies.

We may request cookies to be set on your device. We use cookies to let us know when you visit our websites, how you interact with us, to enrich your user experience, and to customize your relationship with our website.

Click on the different category headings to find out more. You can also change some of your preferences. Note that blocking some types of cookies may impact your experience on our websites and the services we are able to offer.

These cookies are strictly necessary to provide you with services available through our website and to use some of its features.

Because these cookies are strictly necessary to deliver the website, you cannot refuse them without impacting how our site functions. You can block or delete them by changing your browser settings and force blocking all cookies on this website.

These cookies collect information that is used either in aggregate form to help us understand how our website is being used or how effective our marketing campaigns are, or to help us customize our website and application for you in order to enhance your experience.

If you do not want that we track your visist to our site you can disable tracking in your browser here:

We also use different external services like Google Webfonts, Google Maps and external Video providers. Since these providers may collect personal data like your IP address we allow you to block them here. Please be aware that this might heavily reduce the functionality and appearance of our site. Changes will take effect once you reload the page.